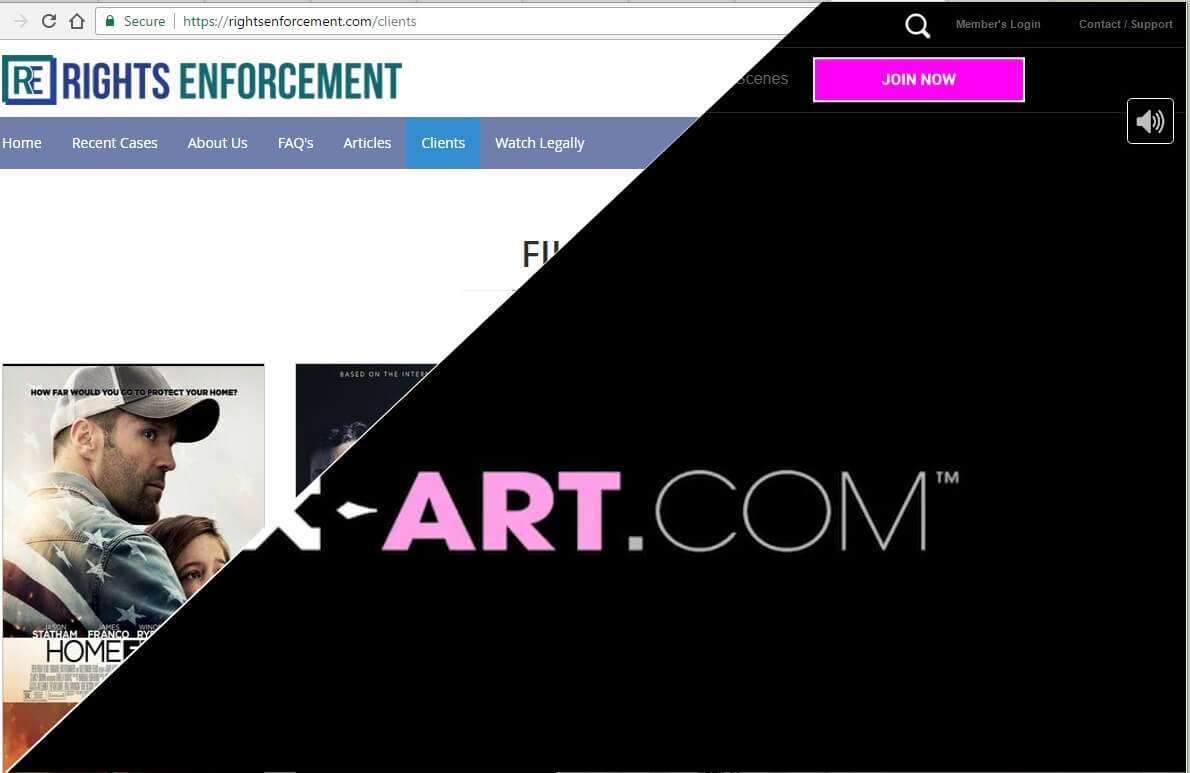 THE RIGHTS ENFORCEMENT ARTICLES FOCUSED ON HOW THEY DIFFER FROM CEG-TEK.

Getting articles out on RIGHTS ENFORCEMENT was my first priority, specifically, because so many people were going to the old CEG-TEK articles, and I did not want to give my readers a false sense of security based on what I wrote about those same topics as they applied to the CEG-TEK entity.

RIGHTS ENFORCEMENT should be considered a hostile copyright troll (analogous to a John Steele / Prenda-level troll because their beliefs about law and ‘pirates’ mirror each other).  I have abstained from commenting on the personality of Carl Crowell (the owner of RIGHTS ENFORCEMENT and the likely puppet master behind all of the adult film and movie “John Doe” bittorrent lawsuits filed across the US).  However, I meant it when I said that one should expect tactics of using very illegal, but untraceable means to violate the security of your computer when you log into his site in order to gain leverage over you and scare you into paying a settlement.

Why do I think Crowell would break the law just as John Steele did to achieve his goals?  Attorneys that powerful (if not already corrupt) become corrupted, and I have too often seen them develop a sense of invincibility to the law.  After crossing one grey line after another, they ultimately end up breaking the law thinking that they will never be caught.  This is what happened to John Steele, and this is what I am guessing will eventually happen to the Carl Crowell.

HERE IS WHAT I KNOW ABOUT THE RIGHTS ENFORCEMENT CASES.  ALL ARTICLES POSTED WERE OFFSHOOTS OF TOPICS FROM THIS ARTICLE.

You should expect that RIGHTS ENFORCEMENT will likely be treating cases differently than CEG-TEK did, so I did not want people to get the wrong impression that they were harmless, as CEG-TEK was (in comparison).

HERE IS WHY I THINK THAT THE MPAA/RIAA IS BEHIND THE ADULT FILM LAWSUITS WE HAVE SEEN OVER THE LAST SEVEN YEARS.

I started the Cashman Law Firm, PLLC in 2010, just as the MPAA/RIAA lawsuits became quiet. I always wondered where they went, and why they stopped suing defendants.

Now based upon the explicit ‘coming together’ of the adult film companies, the movie companies (MPAA), and now Rightscorp (RIAA) under the leadership of Carl Crowell, his network of attorneys filing Guardaley-backed bittorrent lawsuits across the US, and now the appearance of his RIGHTS ENFORCEMENT company, the merging of what were thought to be separate entities demonstrates that perhaps they weren’t so separate as we thought they were.

Thus, it occurred to me that Carl Crowell is not the one behind everything, but he is merely their “figurehead / fall guy” answering to some higher entity (just as Lipscomb was the “figurehead / fall guy” to some higher entity for all of the porn-based lawsuits filed since 2010, and just as Paul Duffy of Prenda Law Inc. (R.I.P.) was the “figurehead / fall guy” installed by John Steele).  [It would be interesting to learn whether John Steele TOO answered to some higher entity, because he too fits the profile I am about to describe.]  Each of these guys came out of nowhere into positions of extreme power, and with the exception of Lipscomb, each of these guys reminded me of drunk fraternity guys who showed up to work in a stretched and torn football jersey, shorts, and a hangover.

Then I remembered the Guardaley connection years back when representing clients in the Dallas Buyers Club, LLC cases, and it occurred to me that some entity connected with Guardaley is behind both the porn-based lawsuits AND the movie-based lawsuits, but why?  That is where I learned that Rightscorp (the MPAA/RIAA also joined with Carl Crowell), and the connection made sense.  Through some common entity or ‘investor’, both the movie companies and the adult film companies are having their lawsuits funded.  Then it occurred to me how convenient it would have been for that investor to be the MPAA/RIAA, especially considering the millions they are pouring into Rightscorp (a sinking ship), just as they spent [I believe] hundreds of millions on lawsuits for copyright infringement shortly before I started my Cashman Law Firm, PLLC in 2010.