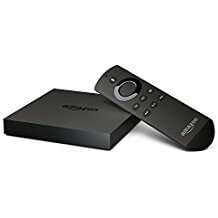 [This follow-up article about Kodi Add-ons was written on 8/2/2017. I never hit the “publish” button [probably because I wanted to add more information at the time], but I am doing so now because our firm regularly receives questions about Kodi add-ons. At the time I wrote this article, copyright infringements filed against users of the Kodi software was rare, but I foresaw that copyright enforcement companies would begin using the behind-the-scenes capabilities of the add-ons to “catch” users pirating movie content.]

Bittorrent networks are generally bad news for pirates these days.  There are already so many movie copyright trolls who are watching the bittorrent networks and are suing bittorrent users for copyright infringement, regardless of whether they actually did the download or not. There are even “common troll” copyright enforcement entities such as RIGHTS ENFORCEMENT (RIGHTSENFORCEMENT.COM) which [we understand] contact movie production studios and convince them to license the rights to enforce (think, “sue for copyright infringement”) the copyrights owned by the production company who made the failed movie. If you view RIGHTSENFORCEMENT’s site and click on “clients,” you’ll see a huge list of movies which, if acquired via bittorrent, can get the downloader sued for copyright infringement. This list of movies is growing, and Growing, and GROWING. In sum, stay away from bittorrent like the plague. It is filled with those looking to sue for the unlawful download of their copyrighted films.

As for Kodi: The reason I did not like writing the article “Why Kodi users are being sued for copyright infringement,” was because while I do not condone, encourage, or cheer on those who violate the copyrights of others, I do have a “stake” in the copyright debate. Violating copyright is theft, and while I believe that much of the fault of copyright infringement falls on the content producers 1) for making unoriginal junk that does not succeed in the theaters (I call these “floppers”), and 2) for not properly making their copyrighted content available for lawful movie watchers to gain access to the copyrighted content (e.g., think, HBO and the Game of Thrones issue). It is my opinion that many would-be pirates would happily pay for content if it was more readily available (which is why Netflix and Amazon Prime are so successful).

However, Kodi and the concept of “whether an internet user can get caught streaming music or movies” has always been an interesting topic for me. The reason for this is very simple — from a legal perspective, using bittorrent can get the downloader caught because their IP address is exposed in the download of the content. However, Kodi (when tweaked to allow piracy) never used bittorrent. Rather, they STREAMED content which was being held unlawfully on some server that the copyright holders had a difficult time shutting down based on the DMCA laws, and where those servers were located. In other words, Kodi presented a technology challenge to those copyright trolls who sought to sue downloaders for the unlawful download of their films.

A few months ago, I was intrigued by the PornHub lawsuits, where I discovered that by using a MPAA-friendly company such as Google, downloaders of even streamed music could get caught. I realized that copyright infringement lawsuits could be filed against internet users who STREAMED movie content, even though their viewing activities never touched a bittorrent network. Kodi [when tweaked] was the vehicle which made this content available, and Google Analytics was the mechanism copyright holders could use to unmask the IP addresses of the downloaders accessing the copyrighted content. Kodi + Google Analytics allowed copyright holders to bypass the bittorrent networks altogether, and this is why it was such a hot topic for me as a defense attorney.

Thus, I wrote the article “why (with the assistance of Google Analytics) a person CAN get sued streaming movies and copyrighted content,” (which exposed to me the future of copyright infringement lawsuits), and why even using Kodi on an Amazon Fire TV stick could get someone caught (even though this was a futuristic topic based on lawsuits that have not happened yet).

So can you understand why I think this article (Why You CAN Get Sued Using Kodi Add-ons) is such a “cheap” topic for me? Obviously a plug-in which uses bittorrent can get someone sued.

[2020 UPDATE: This is where I ended the article. Again, I am posting this article for historical accuracy. Obviously we are 3 years later, but I still regularly get questions about whether it is safe to put Kodi on an Amazon Fire TV stick, and other such questions.]