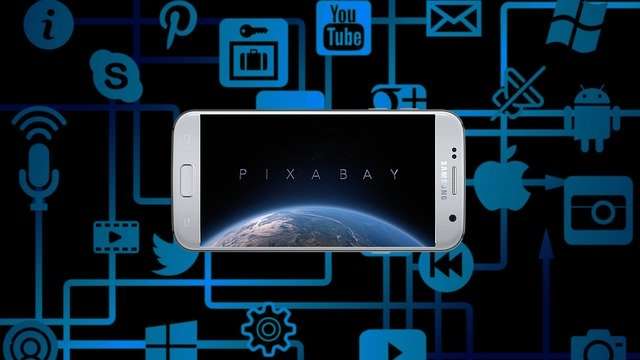 Kerry Culpepper of Culpeper IP has achieved the impossible. He has figured out a way how to send Settlement Demand Emails to internet users who are accused of downloading his clients’ copyrighted movies. He has accomplished this without a copyright infringement movie lawsuit, without a Hawaii Rule 521(h) subpoena, and without asking Cloudfront or Google Analytics to hand over the IP address information.

Instead, he simply got YTS to hand over the IP address logs and e-mail addresses of those who registered with the YTS websites!

How is Culpepper IP sending settlement demand emails without a lawsuit and without an ISP subpoena?

Accused internet users who are receiving settlement demand letters from Culpepper IP at-least-once went onto the YTS.LT and YTS.AM (“YTS”) websites and registered accounts with them using their real e-mail address (how much do you trust your piracy bittorrent-based website now?). THIS appears to be how he has been able to send them settlement demand letters without any courts, no judge oversight, no subpoenas, and no lawsuits.

The Ashley Madison hack was pretty horrible for those who were exposed by the hack. Many married men and women signed up for the site [and paid a membership fee] using their REAL NAME, E-MAIL ADDRESS, and CREDIT CARD INFORMATION.

When the Ashley Madison hack happened in 2015, hackers stole their database containing 32 million people who used their website. No doubt this ended many marriages (which were probably over anyway), but it demonstrated to the internet world that your private information isn’t private if the website you are trusting with your personal information turns that information over to nefarious individuals.

The YTS 2020 story is a bit different. The visitors to the bittorrent website registered their real e-mail addresses and proceeded to download copyrighted films using bittorrent. Registered users again trusted their private information with the website and again, they have been betrayed.

Here, YTS provided IP address logs containing their user’s information to Culpepper IP, and as we expected, the settlement demand letters have started to go out.

Is Kerry Culpepper evil? Likely not.

Many would likely disagree with me here, but what Kerry Culpepper of Culpepper IP are doing on the surface appears to be merely two attorneys who are fighting piracy of their client’s films.

The settlement demand letters being sent out by Culpepper IP are not that expensive. They are asking for a settlement of $950. While $950 is no doubt a lot of money to many people, putting the settlement amount in context to the many thousands of dollars Culpepper has asked for in the past for one title, $950 is a bargain.

What is noteworthy is that the $950 settlement comes with strings. As I have written many times already, Kerry Culpepper is a complicated attorney who thinks “at levels higher than the average person.” Without going into details, Culpepper is always thinking about the next step.

Here, his $950 settlements are not merely, “pay me and I’ll decide not to sue you in federal court for copyright infringement.” No. Rather, with his settlements, he is asking accused internet users to provide a signed declaration detailing:

Earlier this month, I wrote an article entitled, “Why Culpepper IP Is Engaging In A Takeover Of The Piracy Trade Names,” where I suggested that Kerry Culpepper is filing piracy-based trademarks as his own for the purpose of literally taking the domain names (and consequently, their traffic from the millions of internet users who visit their pages every day) and using it for his own purposes.

While I never know what Culpepper is doing, I can come to logical conclusions by simply looked at what he is asking for:

“which BitTorrent client…” — this provides data and evidence which he can use against the bittorrent companies.

“which website or business promoted the BitTorrent client to you…” — this provides evidence to allow him to go after companies like ShowBox, PopcornTime, and various websites and apps [all of whom have millions of users and who produce million of DOLLARS in ad revenue].

“whether or not your ISP sent you any warning notices concerning infringing activity.” — this is a dangerous one. ISPs have “safe harbor” rules which prevent them from being sued for activities that users engage in using their networks. However, it appears to me as if Kerry Culpepper intends to start suing the ISPs… which is BIG BUCKS for his movie clients if he succeeds.

Obviously I could be thinking too much into all of this. Kerry Culpepper could just be an evil copyright troll who is trying to find new ways to make a quick buck for the least amount of effort… However, with all of his activities against YTS / 1337x.to, the trademark filings, and whatever else he has been doing, the simple answer is probably the one that wins out.

[To follow-up on this article and see what else I have written on Kerry Culpepper, the easiest way is to simple do a search on my TorrentLawyer website for Culpepper IP and see what articles show up.]

—
[CONTACT AN ATTORNEY: If you have a question for an attorney about what I have written here (or if you have received one of these settlement demand e-mails), you can e-mail us at [email protected], you can set up a free and confidential phone consultation to speak to us about your case, or you can SMS/WhatsApp us at 713-364-3476 (this is our Cashman Law Firm, PLLC’s number].

CONTACT FORM: If you have a question or comment about what I have written, and you want to keep it for my eyes only, please feel free to use the form below. The information you post will be e-mailed to me, and I will be happy to respond.