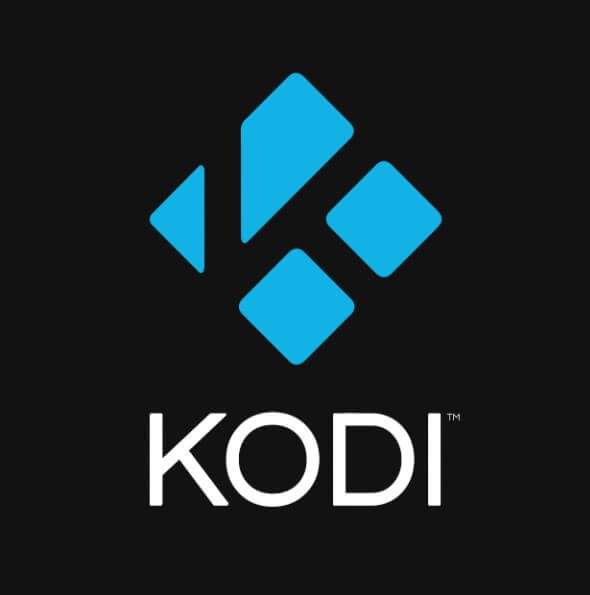 Contents hide
1) 2020 UPDATE: You CAN be sued for using bittorrent-based Kodi Add-ons!
2) Didn’t I write many articles saying that Kodi users wouldn’t get sued?
3) My opinions over the years on whether you can get sued for Kodi use have changed.
3.1) 2015 – “No, you CANNOT get sued streaming videos.”
3.2) 2017 – “It’s possible to get sued, but the technology needs to advance and the trolls are still stuck on bittorrent lawsuits.”
4) What changed? Kodi developers started using Kodi Bittorrent Add-ons without telling their users.
4.1) Why using Kodi Bittorrent Addons can be the same as using a bittorrent client
5) Which Kodi Add-ons use bittorrent?
5.1) NOTE: Why some of these Kodi Addons might no longer exist
6) SUGGESTIONS ON HOW TO NOT TO GET SUED USING KODI
7) My Opinion: Kodi Add-Ons can get you sued.
8) KODI LAWSUIT ARTICLES:

2020 UPDATE: You CAN be sued for using bittorrent-based Kodi Add-ons!

Didn’t I write many articles saying that Kodi users wouldn’t get sued?

Yes.  I have been watching this topic for YEARS now on whether it is possible for someone streaming movies to get caught — not in the context of Kodi Bittorrent Add-ons, but in general.  Until recently, the answer was “no, the copyright trolls have not yet caught up with technology, and there is no way a person will get sued for streaming movies.”

Today I change my opinion, but as you’ll read, I do so cheaply because the cause of getting caught using Kodi is the fault of Kodi Bittorrent Add-ons developers who incorporated bittorrent into their plug-ins.

My opinions over the years on whether you can get sued for Kodi use have changed.

Jumping back a bit, the first time I wrote about the possibility of internet users getting caught streaming was in October, 2015.  Fresh in the mind of the internet was the Ashley Madison hack exposing millions of internet users who had an account on their “let’s cheat” website.  The topic of whether it was possible to have your adult film viewing habits exposed to the public was fresh on the minds of internet users.

My opinion back then was that “you likely CANNOT get caught streaming adult films.”  Then in 11/2015, I was asked whether an internet user can get caught viewing “You Tube” like videos, and my opinion was, “maybe, but it likely would not happen because there are too many steps.”

2017 – “It’s possible to get sued, but the technology needs to advance and the trolls are still stuck on bittorrent lawsuits.”

Jumping ahead to 3/2017, I was searching for a common copyright troll behind each of the movie lawsuits, and I wrote a quick article entitled, “Can I Get Caught Streaming Movies Over The Internet?”  My point of this article was to say, “yeah, it is possible, but unlikely that someone would get caught streaming movies,” parroting my 11/2015 article.

As a response, a viewer asked me to analyze Kodi and the Amazon TV Fire Sticks, and again in 3/2017, I wrote a second article on Why I would NOT put Kodi on an Amazon Fire TV Stick.

At the time, I was still of the opinion of “you likely won’t get caught, but beware of Amazon turning you in.”

2020 UPDATE: I focused most of my articles on Google Analytics because they seemed to be the best way to track which internet user visited which website. I did not consider that in 2020, copyright trolls would use CloudFlare to expose the identity of accused internet users. This is what is behind the YTS fiasco and Kerry Culpepper of Culpepper IP sending subpoenas to disclose the identity of internet users (so that he can ask for $1,000 per alleged download as a settlement). [Click to Tweet.]

In 5/2017, I applied this line of thought to write an update on the risks of using Kodi on an Amazon Fire TV stick, and I wrote that “there is another way to get sued using Kodi on an Amazon Fire TV Stick — via Google Analytics.”  So while my answer was now “yes, you can get caught,” my thought was “just block the Google Analytics plug-in and you don’t need to worry about this.”  As far as copyright trolls suing Kodi users based on these revelations, well, this was far into the future.  Once again, no mention of Kodi Add-ons.

If you use Kodi with a VPN connection, and the Kodi Addons plug-in that you enable provides content to you via bittorrent, *THEN YOUR KODI SOFTWARE IS NOTHING OTHER THAN YET ANOTHER BITTORRENT APPLICATION*.

What this means is that when your Kodi Bittorrent Add-ons connect to the bittorrent, it is *YOUR* IP address that shows up in the bittorrent swarm. Thus, when the copyright troll or their so-called “investigators” download the list of IP addresses who have downloaded a particular movie, your IP address will show up.

At that point you have been caught downloading or streaming the copyrighted movie without a license, and you should not be surprised if you receive a subpoena notice from your ISP informing you that you have been implicated as a John Doe defendant in a copyright infringement lawsuit.

It really does not matter that you were using Kodi, because using Kodi with Kodi Bittorrent Add-ons which download movies for you using bittorrent is the SAME as you downloading that same movie from The Pirate Bay using a bittorrent client.

Which Kodi Add-ons use bittorrent?

So, the next question is… which Kodi Bittorrent Add-ons use bittorrent? (Kudos to Sam Cook, my source for this information. If anyone knows of others, please feel free to add them to the comments below this article, and I will update this list.)

As of a few months ago, the following Kodi Addons use bittorrent:

NOTE: Why some of these Kodi Addons might no longer exist

My thoughts: Kodi Bittorrent Add-ons recently suffered a huge loss after a large number of them shut down in response to a few prominent lawsuits. Thus, these addons I pasted here from Sam Cook’s article possibly no longer exist.

SUGGESTIONS ON HOW TO NOT TO GET SUED USING KODI

NOTE: Obviously using Kodi Bittorrent Add-ons to stream movies or copyrighted content was not why Kodi exists. However, for the purpose of this article, assume you are tweaking Kodi to stream movies.

Generally speaking, if the setup or configuration of an add-on requires you to make significant changes to your environment, it’s probably to support p2p. If the setup installs and then starts showing you sources to stream from immediately without having to add/configure a bunch of extra crap, it’s just direct streaming from a web source and has no p2p/upload component to it. The only 2 I’ve seen that are “recommended” by certain people and are p2p are sopcast and acestream. anything else just blatantly calls itself “bit torrent stream” or “best torrent addon” or “p2p streams” which should all be no-go’s if you don’t already have experience masking your location.

My Opinion: Kodi Add-Ons can get you sued.

In sum, back to Kodi itself. It is no longer my opinion that you cannot get sued for using Kodi. If you are using one of the many Kodi Bittorrent Add-ons which connect a user to copyrighted content using bittorrent — whether you are aware of it or not –, then of course you can get sued. The reason for this is bittorrent exposes the IP address of the user who is not masking their IP address with a VPN. Personally, it is careless for programmers to make Kodi addons which use bittorrent, which is not what the Kodi software was meant to do.

—
[CONTACT AN ATTORNEY: If you have a question for an attorney about a Kodi copyright case and options on how to proceed (even specifically for your circumstances), you can e-mail us at info[at]cashmanlawfirm.com, you can set up a free and confidential phone consultation to speak to us about your Kodi copyright lawsuit, or you can call us at 713-364-3476 (this is our Cashman Law Firm, PLLC’s number].

NOTE: No attorney client relationship is established by sending this form, and while the attorney-client privilege (which keeps everything that you share confidential and private) attaches immediately when you contact me, I do not become your attorney until we sign a contract together. That being said, please do not state anything “incriminating” about your case when using this form, or more practically, in any e-mail.

Scroll back to top Skip to content
We use cookies to ensure that we give you the best experience on our website. If you continue to use this site we will assume that you are happy with it. GOT IT