Malibu Media, LLC is possibly the most prolific (and in my opinion, the most egregious) copyright troll, having filed 6,000+ identical copyright infringement lawsuits across the US against bittorrent users.  Regardless of whether there is a relationship between the adult film industry and the movie industry or not, Malibu Media cases singlehandedly are destroying hundreds of families with their high settlement amounts.

While not necessarily on point, to understand the weaknesses in the Malibu Media cases, we can look to the recent article on “Why the ‘no settlement’ letter defense strategy actually has merit.”  Specifically, scroll down to the part of the article where I explain “why ‘being in the room’ is insufficient to prove copyright infringement.“ 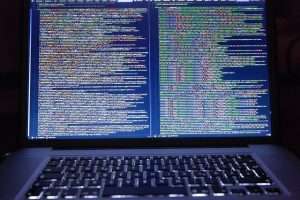 [NOTE: BEFORE READING THIS ARTICLE: If you have not already done so, and you are implicated as a John Doe in a Malibu Media, LLC lawsuit, read these first:

1) “Everything You Need To Know in One Page About Your Malibu Media, LLC (X-Art) Lawsuit [FAQ]”
2) “In-Depth Malibu Media.  Their Lawsuits, Their Strategies, and Their Settlements“

FOR IMMEDIATE CONTACT AN ATTORNEY: To set up a free consultation to speak to an attorney about your Malibu Media, LLC lawsuit, click here.  Lastly, please feel free to e-mail me at info [at] cashmanlawfirm.com, or call 713-364-3476 to speak to me now about your case (I do prefer you read the articles first), or to get your questions answered.]

Why Malibu Media cases need to be tracked and shut down.

Even Professor Sag in his “Defense Against The Dark Arts of Copyright Trolling” paper (which exposes Malibu Media’s scheme) notes that certain aspects of Malibu Media cases — namely, that they claim infringement on a list of copyrighted titles — makes both fighting and settling a Malibu case slightly more complicated (1) because they do not ask for settlement for one title, and (2) winning one case alleging copyright infringement for one title does not stop Malibu Media, LLC from filing additional Malibu Media cases for any of the other titles allegedly downloaded.

For these reasons, an attorney knowledgeable specifically about Malibu Media’s operations is important to understanding their actions.  Our Cashman Law Firm, PLLC has been fighting against copyright trolls since 2010, literally TWO YEARS before Malibu Media cases even showed up with their first filing (I mention this as a historical fact, and not as a “we’re the greatest, we’re so cool” self-aggrandizement comment).  As the owner of the Cashman Law Firm, I don’t claim to have special knowledge about Malibu Media, LLC or their inner workings, but what I do have is HISTORICAL PERSPECTIVE.  THEN AND NOW.

Specifically, by understanding where the Malibu Media cases are in their filing cycle, we can determine how their attorneys will react to a fight in the courtroom, and if in the client’s best interests, whether and when to propose a settlement to maximize our savings to the client.  This could be the difference between a walkaway agreement (no settlement), a $5,000 settlement, or a $20,000 settlement (G-d forbid), the kind that settlement factory attorneys end up getting for their clients.

Why I believe Malibu Media cases are on a $20K/month filing budget.

Something has changed since February, 2017 in the Malibu Media, LLC filings.

Since February, 2017, WE HAVE NOT SEEN EVEN ONE NEW CASE FILED.

This means one of two things — 1) Malibu Media, LLC is dead.  This is highly unlikely.

Here are my notes so that you see the logic behind my thinking:

Why do I believe Malibu Media, LLC will file 245+ new cases this summer?

Looking at the pattern of filings over the past year, it appears as if Malibu Media, LLC files a set of cases, then waits a month or so, then files more, then waits, and so on.  Between 10/2016 – 02/2017, there were THREE MONTHS of no filing while they processed the 109 cases that they filed in 10/2016.  Then in February of this year, they filed an additional 204 cases.

If they follow the same THREE MONTH hiatus plan, we should see another month of NO CASES FILED IN MAY, and then 245 new cases filed in June.  [If there was a reason they did not file any cases in June, 2016 (noting that case filings did not start until July), then these cases will be filed in July, 2016.]

Obviously I am tracking information and making educated guesses based on what Malibu Media, LLC has done in the past.

Looking at their filing patterns from a different perspective, when Malibu Media filed 109 cases in October, 2016, they waited 3 MONTHS before filing the next set of cases.  But when they filed the cases in February, 2017, they filed not 109 cases, but 204 cases (almost double the amount of cases).

Thus, it is possible that it might take DOUBLE THE TIME to get through DOUBLE THE CASES (109 cases vs 204 cases), since they do not appear to have hired new attorneys, and the same attorneys are handling (or shall I say, ‘guarding’) their own respective territories.

According to this logic, we might not see new filings for SIX MONTHS from February, 2017, which would land the new set of cases to be filed in SEPTEMBER, 2017 (just as the kids return to college).

NOTE: If Malibu is waits until the summer to file their next set of cases, and they keep to their average $20,000/mo. filing fee budget, they wouldn’t be filing 204 cases, they would be filing 400+ cases.  That is too much for any of their attorneys to handle at one time.

My Opinion and the Red Herring.

In my opinion, the relevant piece of data in monitoring Malibu Media, LLC’s filing patterns is not how many Malibu Media cases are filed each month, but how much money they are spending each month on their cases.

Malibu Media, LLC is a company, just like any other company, and their focus is on the bottom line — income brought in versus money spent.  To understand the health (and to track the ultimate demise) of Malibu Media, LLC, by watching the amount of money they pay on average each month, we can see whether they are increasing or decreasing their filing fee budget.

Increasing the budget and filing more cases suggests that their attorneys are being more successful and are bringing in higher dollar settlement amounts (likely through defense attorney troll shills, or settlement factories).

Decreasing their filing fee budget suggests that the ‘copyright trolling’ campaign has become less profitable for them, or that they are tightening their budget.  This is the metric I would like to see in the future.

Eventually, I would like to see them come to the conclusion that filing lawsuits against John Doe Defendants are no longer profitable, and they go back under their bridges and never come back.  Or better yet, I’d love to see a proactive judge such as Judge Wright catch them in their scheme and refer them to the relevant authorities for prosecution and disbarment.

What else can you tell me about the Malibu Media cases?

[2017 UPDATE] The best way to learn about Malibu Media, LLC is to read what happened to them as it happened.  The list of stories below (in the order I listed them) tell the Malibu Media story in a way that you will understand them.

—
FOR MORE INFORMATION ABOUT MALIBU MEDIA, LLC:Again, if you have been implicated as a John Doe defendant in a Malibu Media, LLC lawsuit, there are TWO (2) main articles you should read immediately:

1) “Everything You Need To Know in One Page About Your Malibu Media, LLC (X-Art) Lawsuit [FAQ],” and then
2) “In-Depth Malibu Media.  Their Lawsuits, Their Strategies, and Their Settlements.”

FOR IMMEDIATE CONTACT WITH AN ATTORNEY: To set up a free consultation to speak to an attorney about your Malibu Media, LLC lawsuit, click here.  Lastly, please feel free to e-mail me at info[at] cashmanlawfirm.com, or call 713-364-3476 to speak to me now about your case (I do prefer you read the articles first), or to get your questions answered.

CONTACT FORM: Alternatively, sometimes people just like to contact me using one of these forms.  If you have a question or comment about what I have written, and you want to keep it *for my eyes only*, please feel free to use the form below. The information you post will be e-mailed to me, and I will be happy to respond.